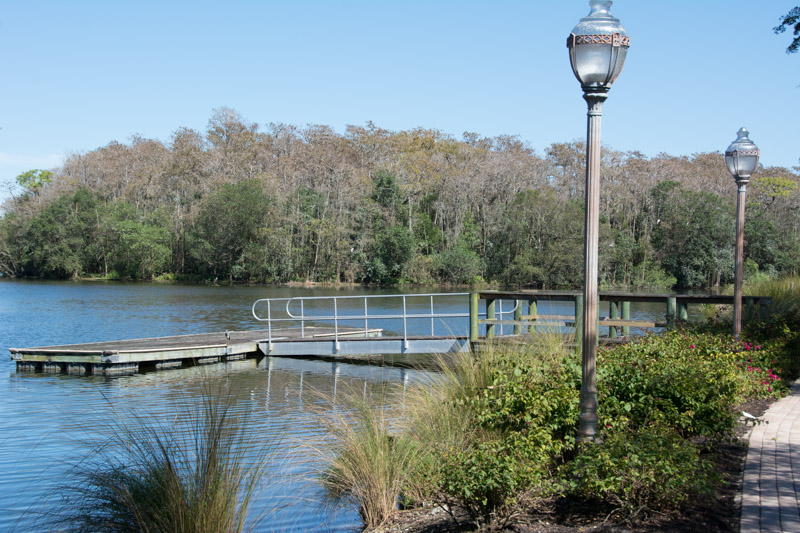 In 2001, Tony Cavallaro and some of his Spring Run golfing buddies, while fishing off the Commons Club dock, shared a common interest in wanting to learn how to fish successfully in Florida.  So, Tony, Joe Bartoletti, Bob Oshinsky, Carl Wheeler and Frank Scandale informally founded a fishing club, with Tony as its president. Within a few years, membership expanded to include fishermen from other Brooks’ communities.  Seven of the founding members are still active today. 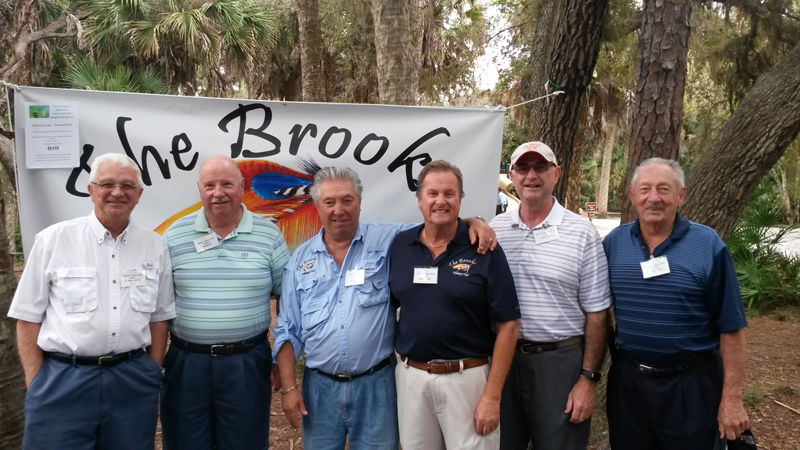 In its early years, activities included fishing from shore in the Brooks’ ponds, from the dock and the paddle boats behind the Commons Club, along with overnight bass fishing trips to Lake Okeechobee and trips on party boats for salt water fishing.  In addition, several members began their traditional Canadian fly-in trips in the summer.

Most of the early guest speakers were fishing guides who explained how best to fish our waters.  In later years, programs still focus on learning to be better fishermen, as well as supporting marine life and clean water in Southwest Florida.

After experiencing rapid growth, the club incorporated in 2005 as the “Brooks Fishing Club” with Joe Bartoletti as president.  As growth continued and because of concerns about the seating capacity at the Enrichment Center, membership was limited to 100.  As demand and popularity grew, the cap was increased to 135 members, and later to 150.  While the Club maintains a “Wait List,” the board continues to seek ways to limit the waiting period.

In recent years, the Club experimented using the Elks Club and Lighthouse Bay for monthly meetings.  While occasional meetings have been held at the Koreshan State Park, Bass Pro Shop, Estero Community Park and the Conservancy of Southwest Florida, the primary meeting location continues to be the Enrichment Center, with thanks to the Commons Club for their support.

Our website (http://brooksfishingclub.com) was initially developed in 2008 by member Paul Cherubino and later maintained and enhanced by member Timo Dean.  Due to increased club activities, creation and maintenance of the website was outsourced to a commercial firm in 2016.

After serving as our president for eight years, Joe Bartoletti was succeeded by Paul Cherubino in 2013 and later by Jim Holmes in 2015.

Sixteen years after its inception, Tony’s original vision of a “fishing club” continues.  Today, under Jim Holmes, the focus remains on educating our 150 members about fishing local waters by featuring speakers on fishing-related subjects at our monthly meetings, along with other assorted fishing-related activities.  We arrange bi-monthly pontoon fishing trips, pre-scheduled guided fishing trips in the Gulf and the back-bays, instructional lunches at local restaurants, and beach fishing in Estero Bay, as well as some overnight fishing trips to the Keys and Lake Okeechobee.  Near the end of each season, we sponsor our Annual Dinner for members and their spouses/guests.  Of course, the featured entrée is often Fish!