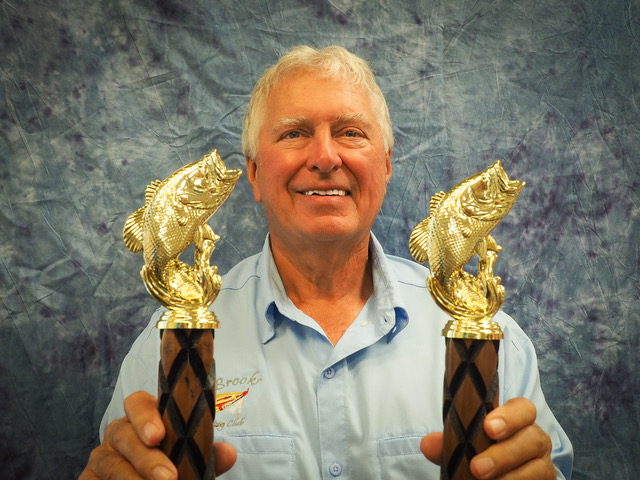 This year’s Derby have basically the same format as last year’s in order to make certain that everyone who enters has a good chance to actually win a prize.

ANNUAL CONTEST: As was the case previously, there will be the Annual Derby with prizes for the LARGEST BASS of the year, and a second annual prize for the fisherman who enters three fish during the contest year whose combined lengths are the largest entered. That fisherman will become our ANNUAL DERBY CHAMPION.

MONTHLY DERBIES: As an incentive to get our members out in our communities fishing for the wonderful largemouth bass, the Club will hold FIVE monthly MINI-DERBIES awarding prizes for the biggest group of 3 fish caught in any one calendar month.  By offering a monthly prize, it is hoped that a very large fish caught early in the season by a member will not dampen other members’ enthusiasm for the rest of the year as they can always win a monthly prize or even the Annual Derby Champion Trophy if their largest three fish for the year are longer than another member’s largest. And three good fish caught  in any month can win the next monthly prize for the largest 3 fish!

Since we will have five mini-contests, hopefully before the grand prizes are awarded there should be healthy competition going on all season with a fair chance to win in any month.

HOW WILL IT WORK:

For this year, the competition will be broken down into five monthly mini-derbies with prizes awarded to each of the monthly winners for the 3 longest bass caught during that month. Prizes will awarded for fish caught in each of the months of November thru March (6 months), being the months when most members are in Florida. The contest starts right after the Club meeting on November 2019 and ends the last day of March 2020.

The prize for each month will be a $25.00 Gift Card from Bass Pro Shops. To be eligible, a member must actually enter three fish in that month.  In addition, an angler can only win one of the 5 monthly derby prizes.  However, a monthly winner can keep adding to his 3 overall longest fish in an effort to win one of the two grand prizes awarded at the end of the year (see below).

The Annual Derby will be essentially unchanged. There will be two prizes, (a) one for the fisherman who catches the longest fish during the entire five month contest period and (b) one for he who has entered three fish whose sum of their combined lengths is the greatest. The prize for the largest fish will be a $50.00 Gift card to Bass Pro Shops and the winner of the longest three fish will win a $100.00 gift certificate at Bass Pro Shops.  Both Annual winners receive a handsome engraved trophy commemorating their fishing skills and their respective gift cards accompanied by thunderous applause from their fellow club members at the last meeting of the year in April!

3- Rules of the Contests

Duration of the Derbies: Both the Annual Derby and monthly contests will start this year following the Brooks Fishing Club’s meeting of November 2019 and end at midnight on March 31, 2020. This will give the Derby Master time to buy the trophies and have them engraved with the winner’s names in time to award to them at the April 2020 Member meeting.

Allowable Tackle: The fish must be caught on rod and reel and that can include casting, spinning, fly rods and reels and even hand lines and cane poles! They can be caught on live bait or any kind of lure used on one of those types of tackle. No crossbows or explosives are permitted!

Where can you fish: All of the fish entered must have been caught by a Club member from any pond, creek, lake, stream or puddle on the properties including those in Shadow Wood, Copperleaf, Lighthouse Bay, Spring Run and the big lake adjoining the Commons Club.

How to enter fish into the contest: To be entered in the contest you must take a clear digital camera photo of the fish next to a readable steel measuring tape, preferably one that is 1″ wide so that the judges can clearly see the actual length of the fish. No cloth or other “soft” types of measuring devices can be used. The tape should start at either the nose or tip of the tail of the fish and measure the length of the fish with the measuring device flat on the ground (not laying on the body curve of the fish) for it to count. The photo should be sent to Bill Rhodes at wmrhodes@netscape.com who will edit the photos to improve clarity for easy judging. At the end of the contest period several Club members who do not have entries in the contest will judge the fish to determine the winners. Getting a clear photo of the fish next to the tape is vital as in past years the Derby’s winners were decided by a quarter or half inch so accuracy counts.

Here is an example of how a photo submission should be made so it can be fairly judged: 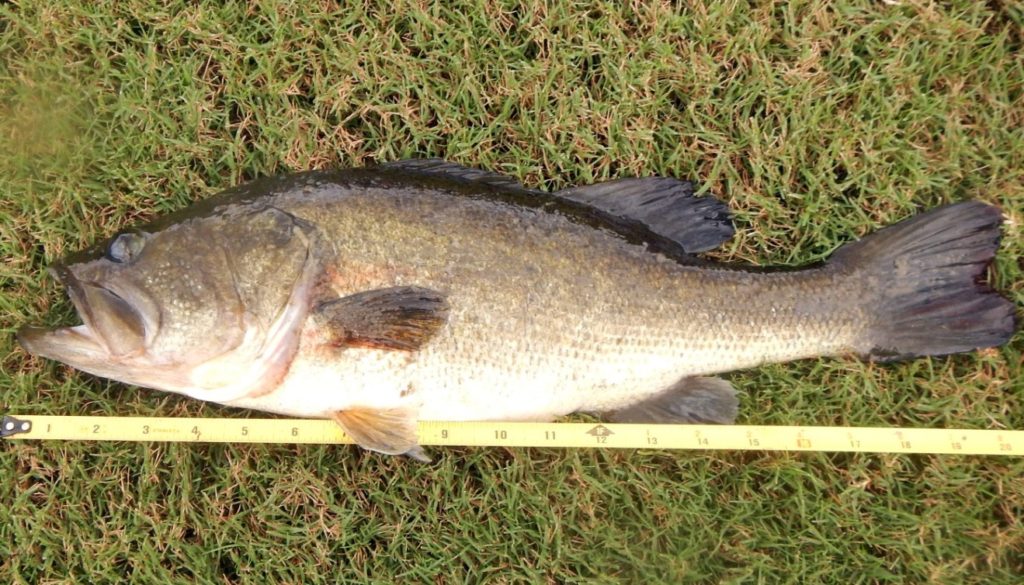 Ties: If there is a tie for a longest fish in a Monthly or the Annual Derby, the tie will be broken by examining the photos to see which of the fish in question has the largest mass. That would mean, for example, that a fat fish of 24.2 inches beats a thin fish of 24.2 inches.

Sportsmanship: One of the main goals of the contests is to get Club members fishing more and to give useful information to those who are not doing well and could use a hand. To help foster that flow of information, if you submit a photo for judging, it would be greatly appreciated if you would provide a brief narrative as to the Brooks community in which it was caught, time of day and what lure was used so that the info might be passed along to fellow Members.  Larry Winston will disseminate that information through the website and email updates and will provide a monthly compilation for all to see so they can (a) mimic what the successful anglers are doing, (b) know who is winning and (c) understand what sized fish they have to beat to win the monthly or the annual contests.